On Sanity: A Book, a zine, a project.

It’s been a few years since I’ve worked as an artist with groups of people that funding bodies like to refer to as ‘communities’ and it was such a pleasure to return to this kind of work after so many years of isolation in the shed, while working on my book Becoming/Unbecoming and also on my PhD, which I’m supposed to be writing up (sigh!). I’d applied to the arts council with a vague feeling that my application would probably be unsuccessful so I was actually quite surprised to get the money to do the project, but extremely pleased to be given the chance to do a bit of self publishing on such a grand scale.

My new 40 page book On Sanity: One Day In Two Lives (above) has turned out rather nicely and you can find more information about it here. However, this blog post is about the On Sanity participatory workshops that ran alongside my new publication and the collective zine, titled We All Start At The Beginning, that came out of the workshops which has just gone off to the printers. There were eight creative sessions led by three artists: myself, Jean McEwan and Jack Fallows. My fellow Myriad Editions author Darryl Cunningham also got involved in the project by giving a talk about his book Psychiatric Tales.

Four of the workshop sessions were delivered at a local psychiatric service, to people who were currently on the wards there, including people who were being treated under a section, as my mother was in On Sanity: One Day In Two Lives. Participants were encouraged to say something about their experience on their page but many were quite ill, so the resulting art work is freely expressed and idiosyncratic. 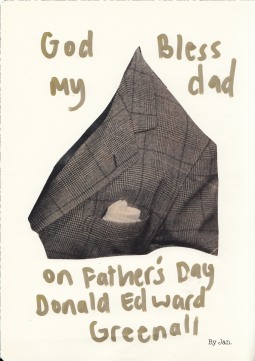 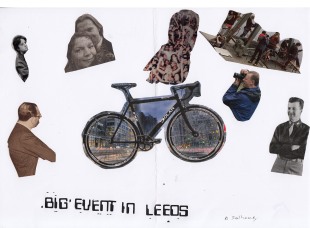 Another four sessions were delivered at a local community art space to members of the public who were asked to design a page around their own experience of mental ill-health. This work is perhaps more straightforwardly an articulation of the subject but I find the contrast between the work that the two groups produced very beautiful and interesting.

At the Becklin Centre Psychiatric unit we had the enormous privilege of working with one woman, I will call her Pauline, who got so much out of working on her zine pages that she showed Jean and I her scrap book of numerous collaged works. We were told by her Occupational Therapist that Pauline never shows this work to anyone, it is usually kept secret, so this was very special. Another service user, Charles, was very engaged and came to all four sessions. Everything he made was based on diagrams of connections and relationships between people, he was very interested in how people relate to one another and always left a space in his drawing for a new person to come in.

Charles suggested ‘Building Foundations’ as a title for the Zine and for a long time this was the favourite, but ultimately the current title We All Start At The Beginning seemed to encompass the project better. Another participant, Jan, made a series of images that began with My Family Have Not Been There For Me and ended in tributes to her father (above) and her earrings. 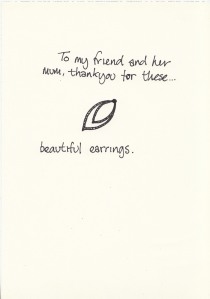 At union 105, there was such a diverse range of beautiful and profound work made by participants I was really delighted as I scanned the work in preparation for the finished zine. I’ll finish with some more examples and you can see for yourself. The finished zine will be given free to contributors and will be available from Union 105, Chapeltown Road and also from Inkwell, Potternewton Lane in return for a small donation to Leeds Mind. You can also order one from me by email una.comics@yahoo.co.uk. It only remains for me to say many thanks to all who participated and to all who supported the project, including Arts Council England, Arts and Minds, East Street Arts, Inkwell, and Leeds NHS PFT Becklin Centre staff. 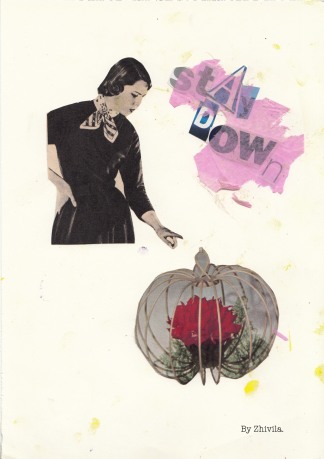 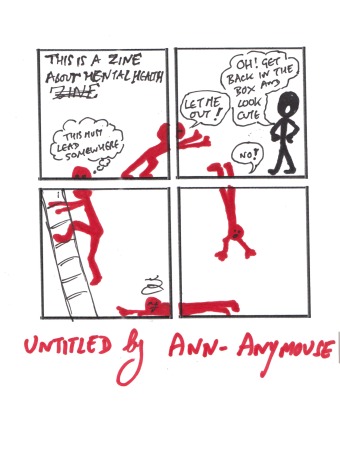 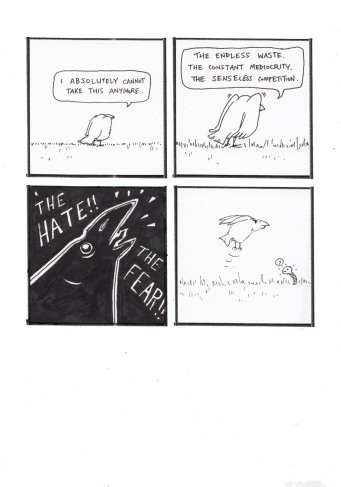